skip to main | skip to sidebar

Radio Station Checklist: Before You Go On Air!

Posted by Linda Mackenzie at 2:13 PM No comments:

Radio: Listening to HealthyLife.Net is Part of What Everyone is Doing

It's probably not news to you that traditional FM radio is dying out at an increasing rate. This trend has been taking place for the last two decades thanks to a string of events that have set us up for a brave new world of streaming Internet radio.

The demise of radio can be traced back to the 1990s. Before 1992, a company could not own more than two stations per market, and the Telecommunications Act of 1996 completely took the shackles off ownership. Clear Channel went on a buying spree, purchasing more than 70 other media companies, plus individual stations. It now owns 850 radio stations in the U.S.

This caused a switch from locally-driven programming to corporate-directed programming. In the old days, the program manager of the station decided what was played. A smart Program Manager knew their local area and played what the area liked or was open to hearing. Now, that's no longer allowed. Playlists come from corporate HQ and there is no deviation from it.

The result is listeners are switching off in a big way. This past April, the radio business got its first wakeup call: Internet Radio is now the largest radio station in Los Angeles. L.A., the city of so many aspiring artists, the city with more recording studios and music stores than upermarkets, the city with radio stations that gave us super DJs like Ryan Seacrest and the now deceased Casey Kasem.

But a survey by Media Audit estimated that 1.9 million people in Los Angeles listened to  Internet Radio between September and October of 2011 while Seacrest's station, KIIS-FM, had 1.4 million listeners during the same time period. Now in 2015 Internet Radio has grown even greater.

Internet Radio is doing a good job of getting into new cars. Many of the major car manufacturers offer Internet Radio as part of its in-dash system. These are usually sold as extras, and are available through your browser, on iOS, Android, Windows Phone and BlackBerry. For living room use, HealthyLife.net and Pandora can be found in Samsung Internet@TV sets, Sony TVs and Blu-ray players, Roku, Sonos, TiVo and LG Blu-ray decks.

If you're tuning in to HealthyLife.net it's because our programming is original, globally available and has content that listeners desire to hear. Let us know how you like what we're doing and what you are enjoying about the station and our hosts. We are listening!

Posted by Linda Mackenzie at 6:45 PM No comments:

Here are a few bits of info to understand before you are interviewed on radio which
will prove to be invaluable during and after the interview:

- When calling about establishing your first interview - remember to be pleasantly persistent. If you do not receive a call-back after the 2nd call, send a book cover postcard, give them time to receive it and then try calling again.

- Create great relationships with everyone involved in the radio show and station. On one occasion I was having trouble getting to the producer. After several lovely conversations with the scheduler, I sent her a signed copy of my book and hinted at passing it by the producer. The day after she received it the producer called and booked me as a guest.

- If you cannot get a positive response after the 3rd email, give it up, shout, "Next!" and email someone else. Try telephoning or snail mail that is getting a better response these days.

- Producer's name. The producer usually books the show, however you should try to talk to the host if at all possible to get a feel for how the interview will go.

- When you get a hold of the producer or have booked the show here are some things to ask about or keep in mind...
1) Where can people listen to the radio show?
2) Will they call you or will you be calling them? What phone number? Do they have an emergency number? Be sure the producer has your direct phone number and be sure you know exactly when they will be calling you or if you will be calling them.
3 )What is their complete address, office phone number
4) What is the Show name and the Host name. Verify spelling and pronunciation. It is also a good idea to have this in front of you during the interview so you can refer to the show and to the host(s) by name. Ask them if there will there be more than one host or guest on at the same time.

Posted by Linda Mackenzie at 1:49 PM No comments:

Radio and Beyond: What's New with HRN Show Hosts? 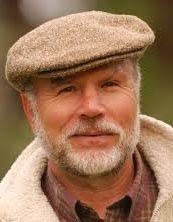 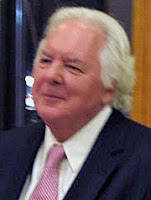 Posted by Linda Mackenzie at 4:23 PM No comments:

Promote Your Page Too